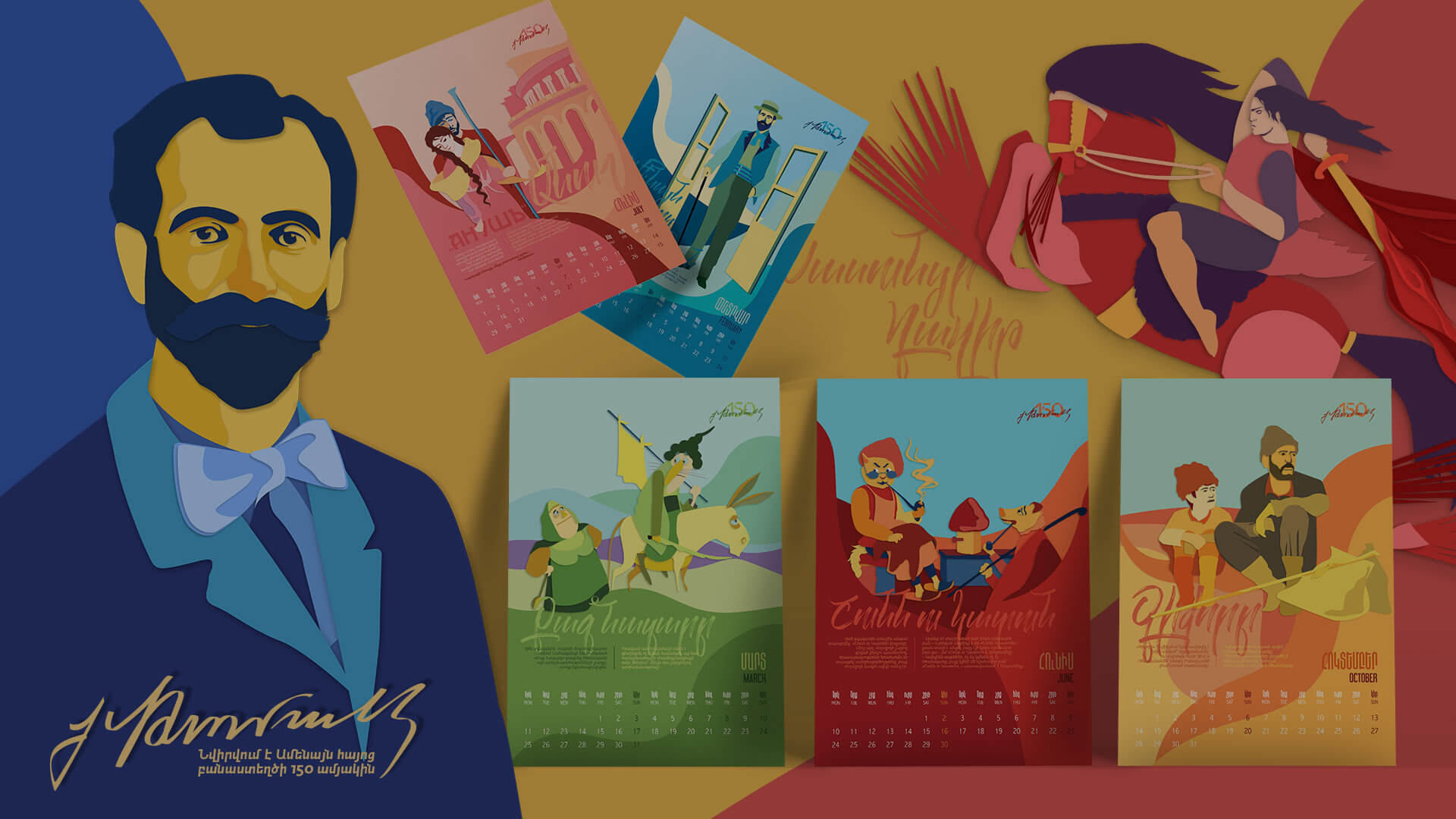 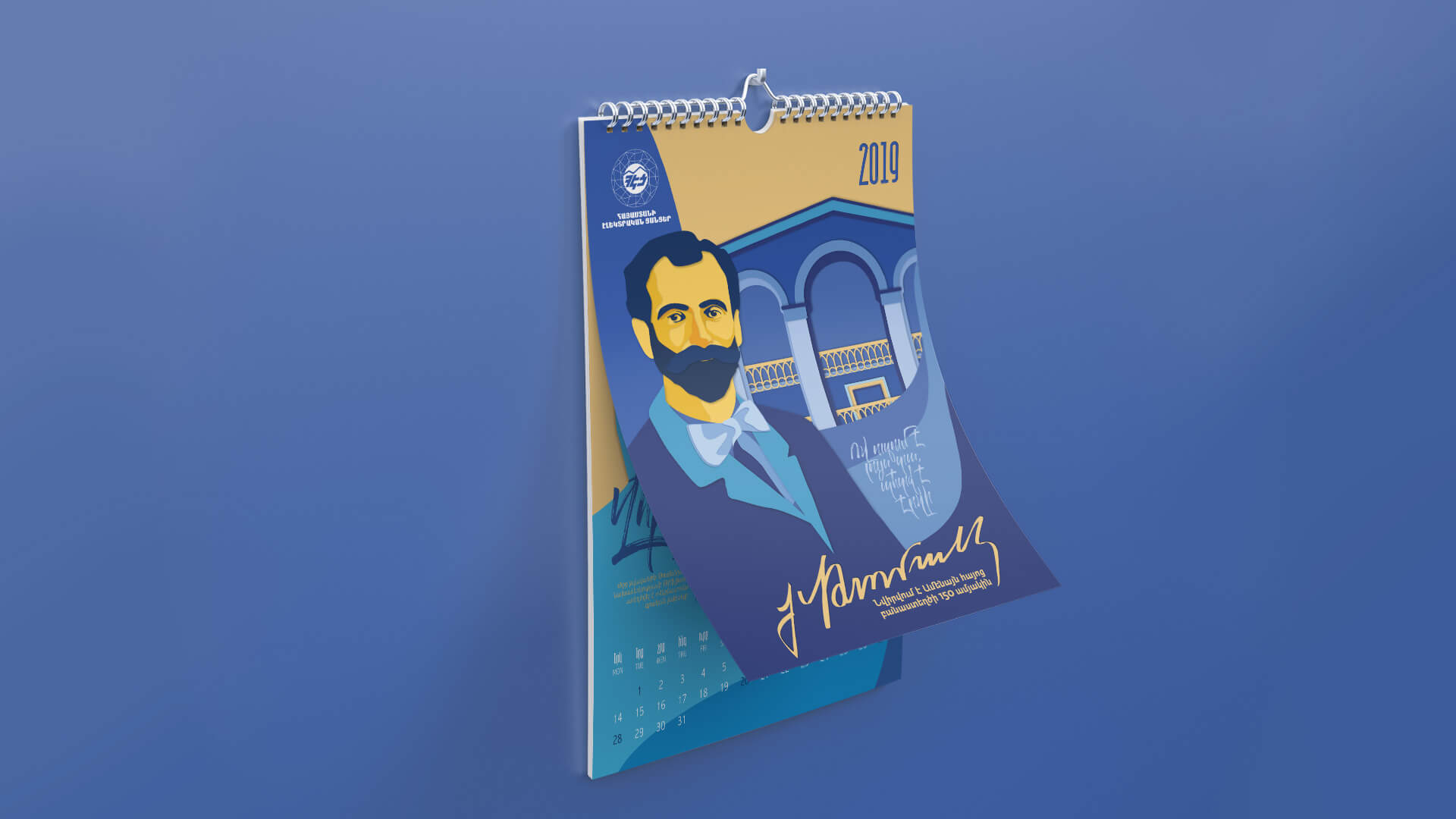 COLORFUL TALES ON THE WALLS

2019 has been an important year for Armenian literary history as it was the 150th anniversary of the national poet of Armenia, Hovhannes Tumanyan. The writer has a huge legacy in Armenian literature and forming Armenian identity and Domino Production along with ENA wanted to show its respect and appreciation of Tumanyan. So, our designers created calendars for ENA illustrating Tumanyan in a colorful and lively way, just like the poet was. The calendars include his life events, his fairy tales and other works with brief summaries. The illustrations have been created in modern style but also keeping the traditional and national aspect of them. 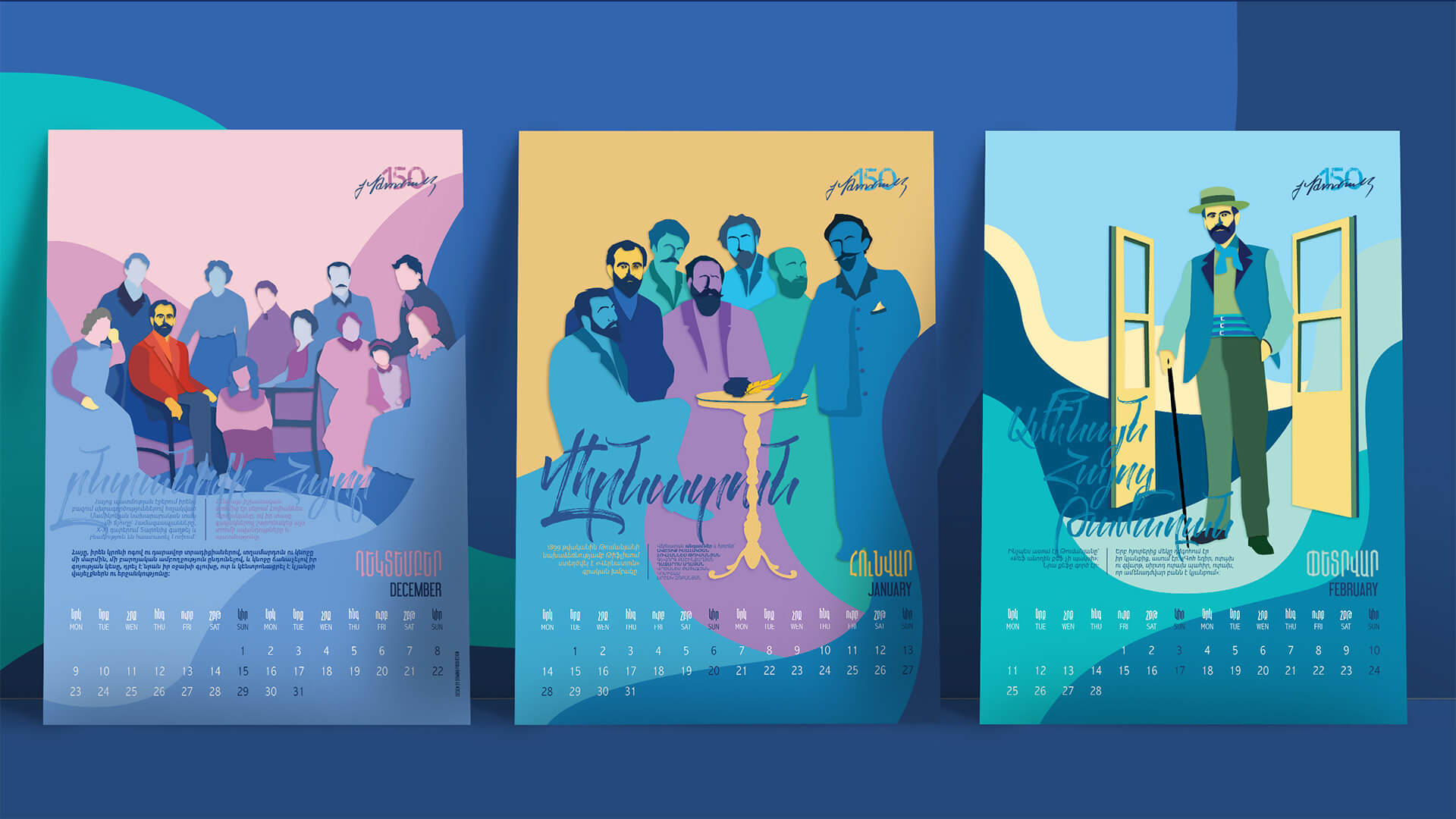 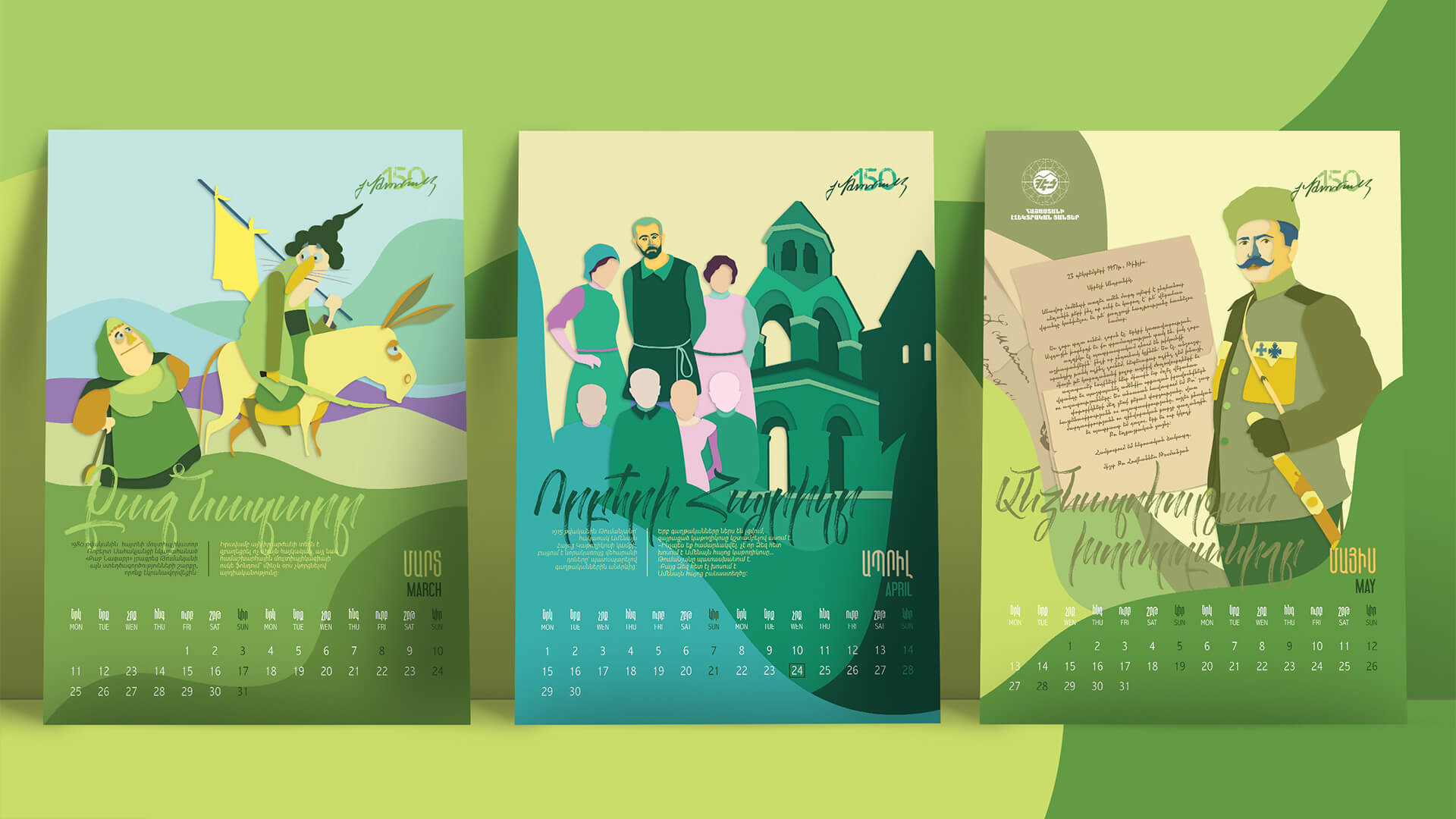 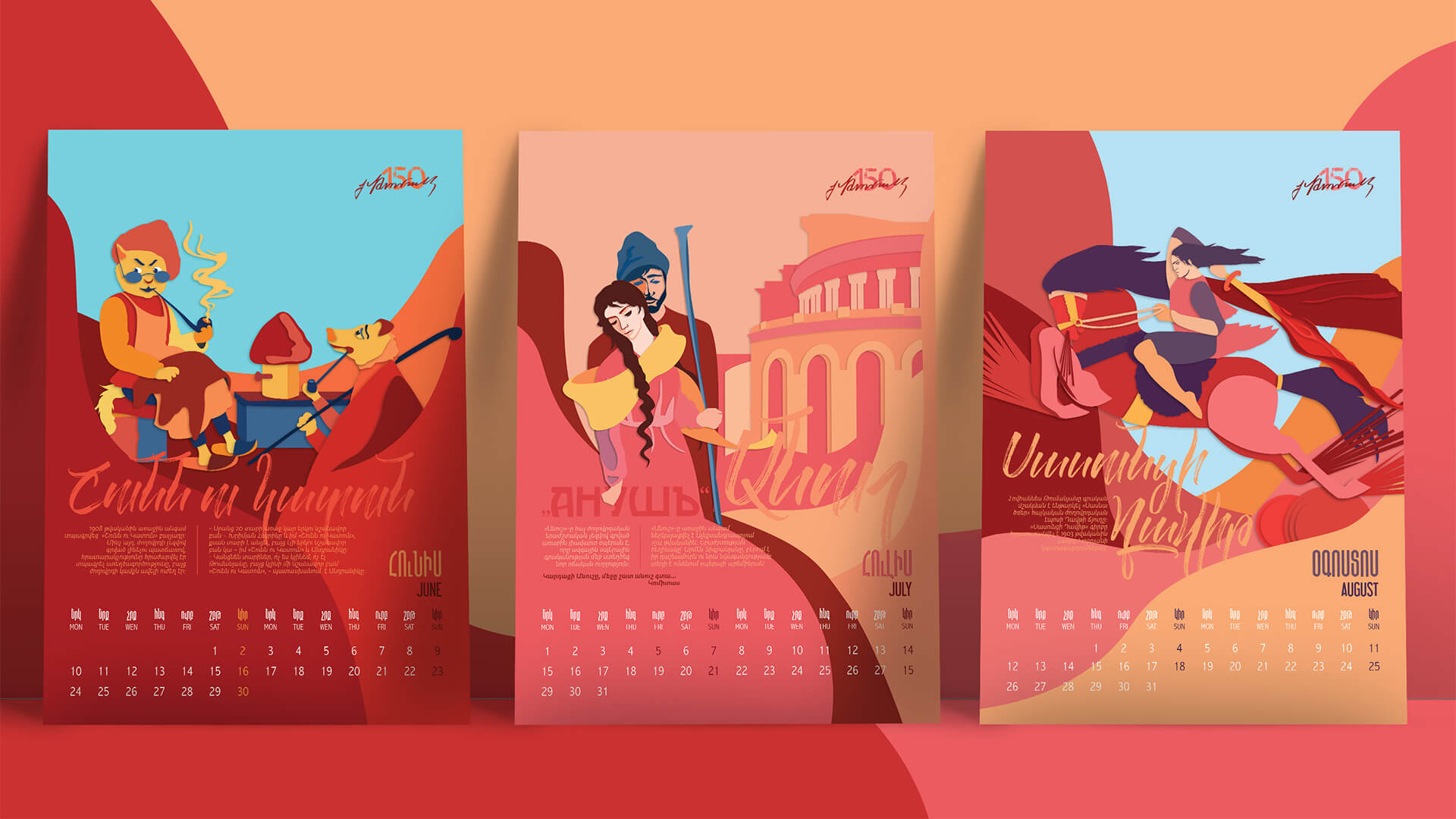 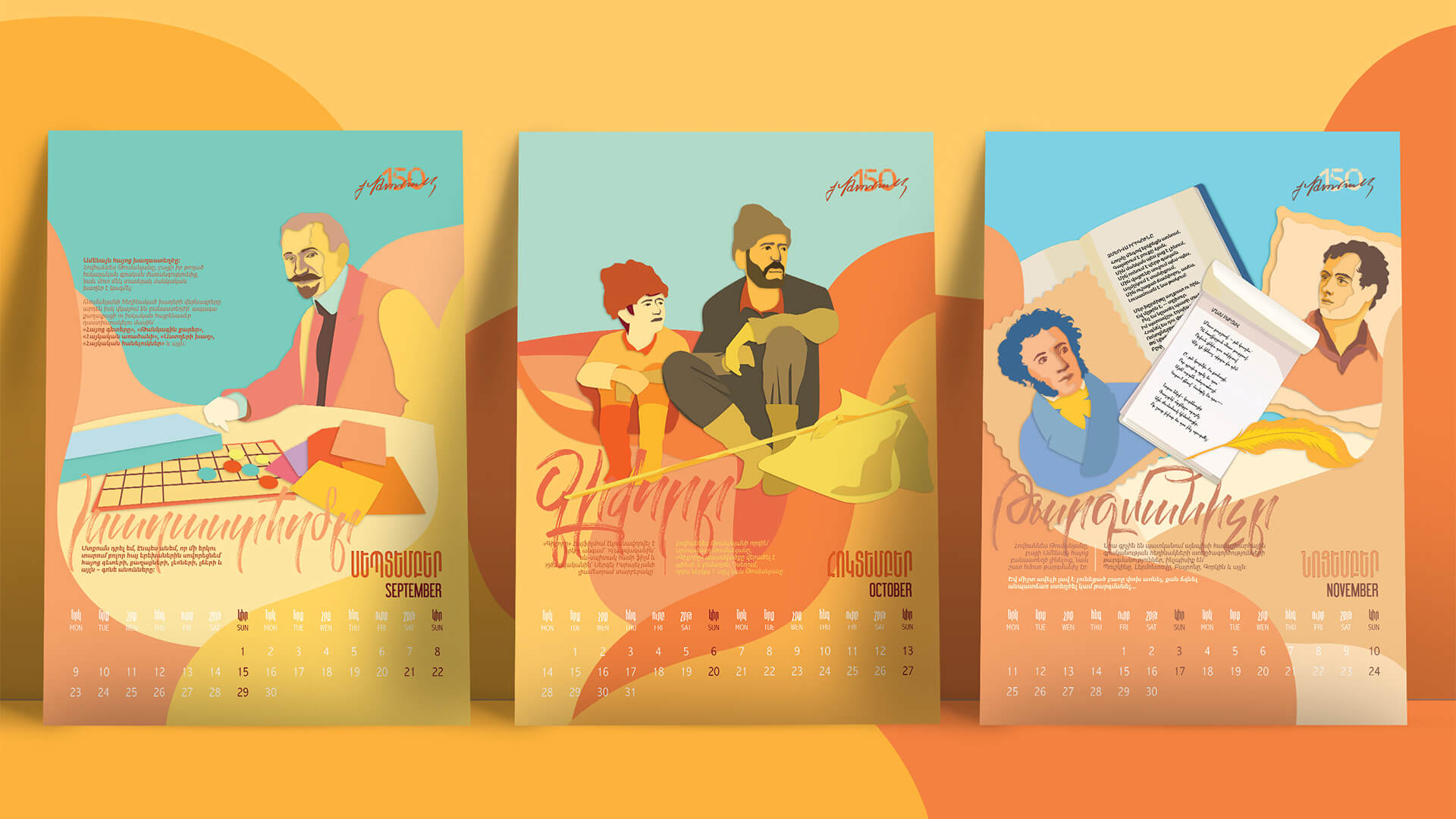 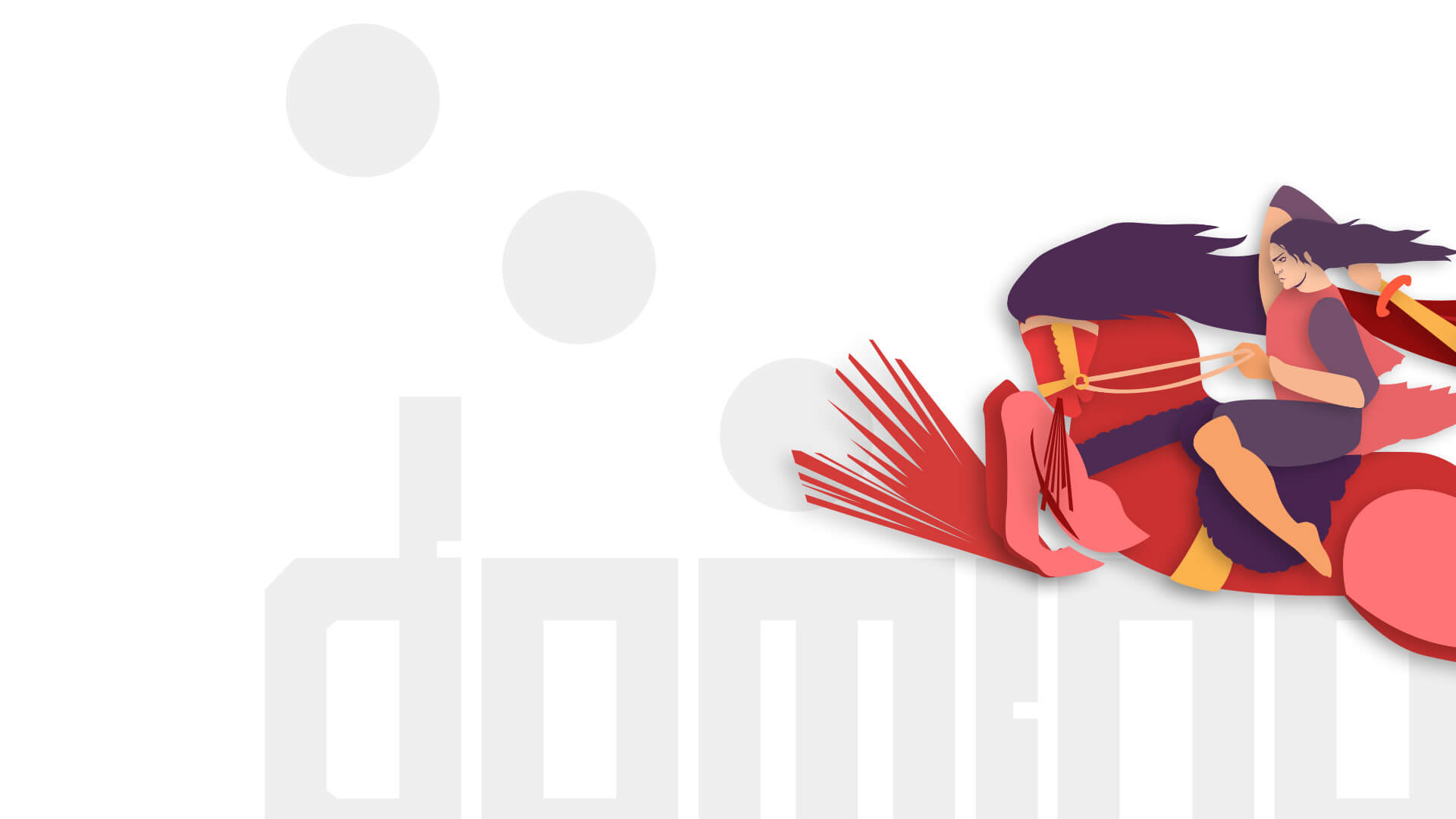 EVERY SINGLE PAGE OF ENA CALENDAR HAS A STORY, FAIRY TALE OR A FABLE TO TELL 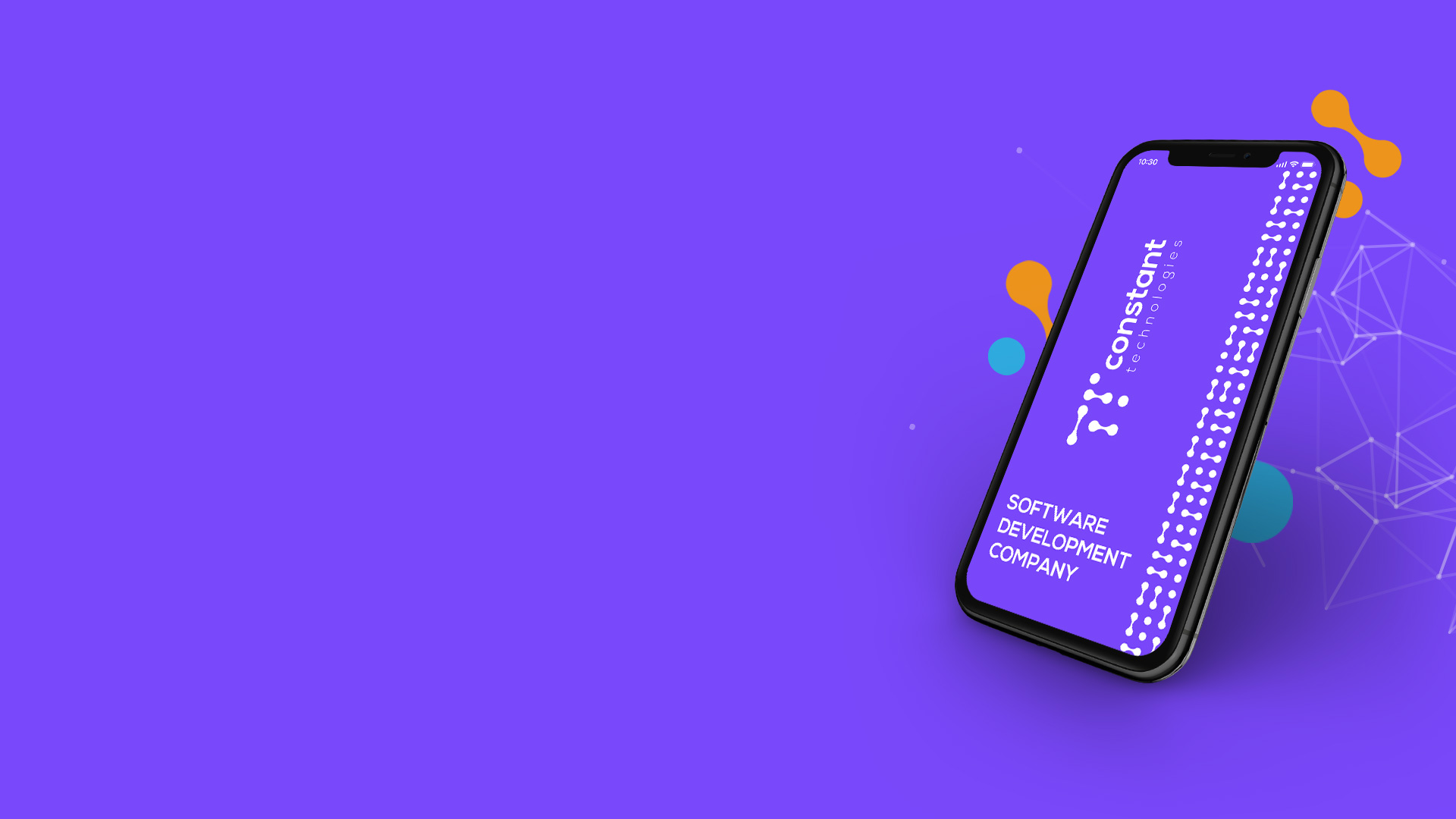